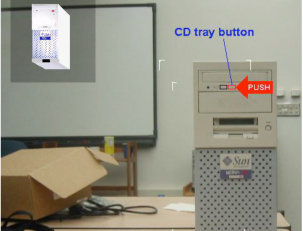 An ongoing research problem in Augmented Reality (AR) is to improve tracking and display technology in order to minimize registration errors. However, registration is not always necessary for users to understand the intent of an augmentation. The goal of AIBAS (a Adaptive Intent-Based Augmentation System) is to understand how knowledge of the communicative intent of an augmentation can be leveraged to simplify the creation of AR applications that work well in real-world situations with “good enough” tracking and registration. In this project, we hope to demonstrate how such knowledge can be used to reduce the impact of registration errors by supporting the programmer in creating augmentations that contain sufficient visual context for a user to understand the intent of the augmentation. Our goal is to empower programmers by providing a conceptual framework, and the associated tools, to support the creation of augmentations that function in the presence of registration error. Our longer-term goal is to create a toolkit with “AR widgets” that allow a wide variety of AR applications to be built in a straightforward manner.