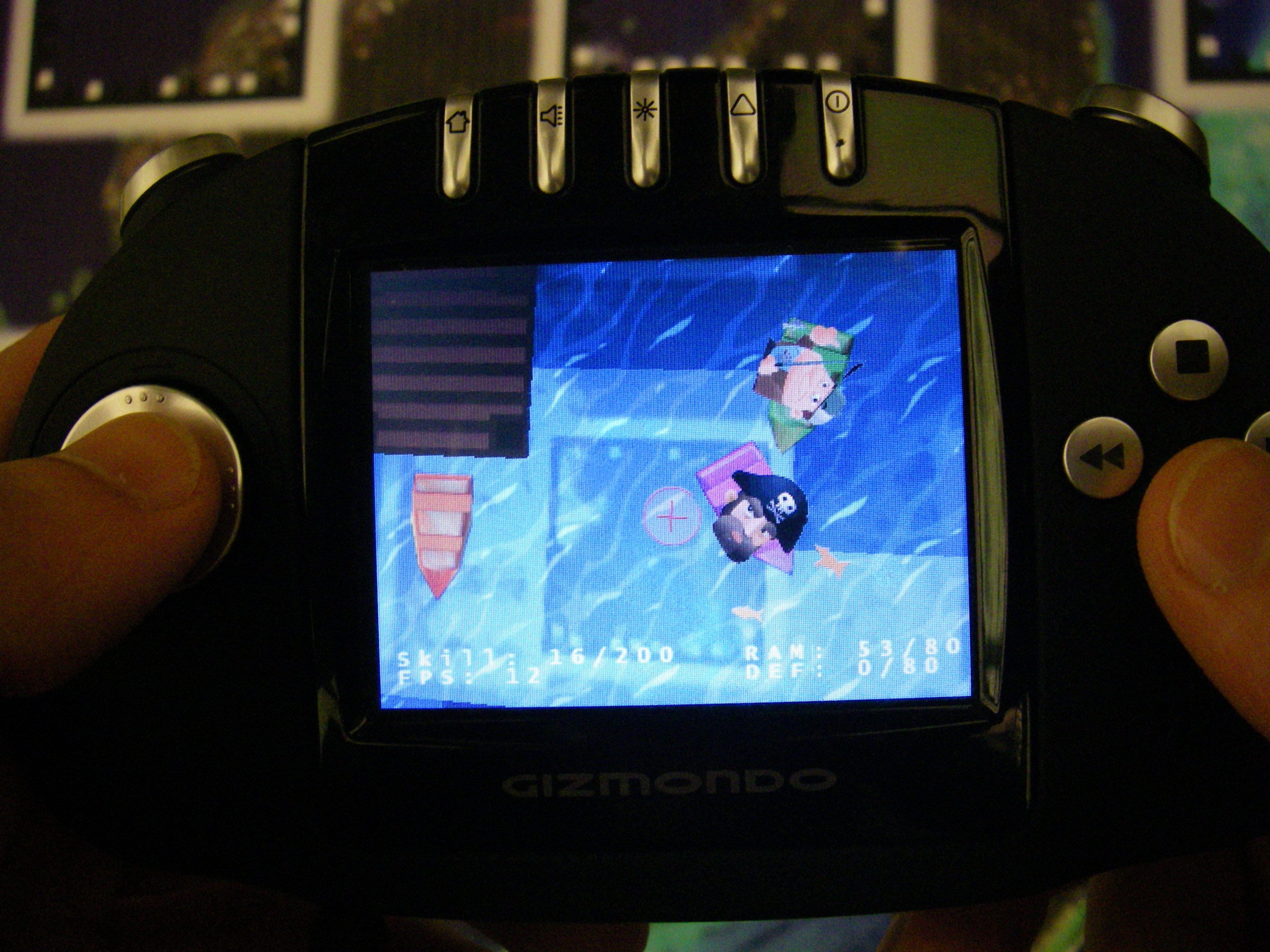 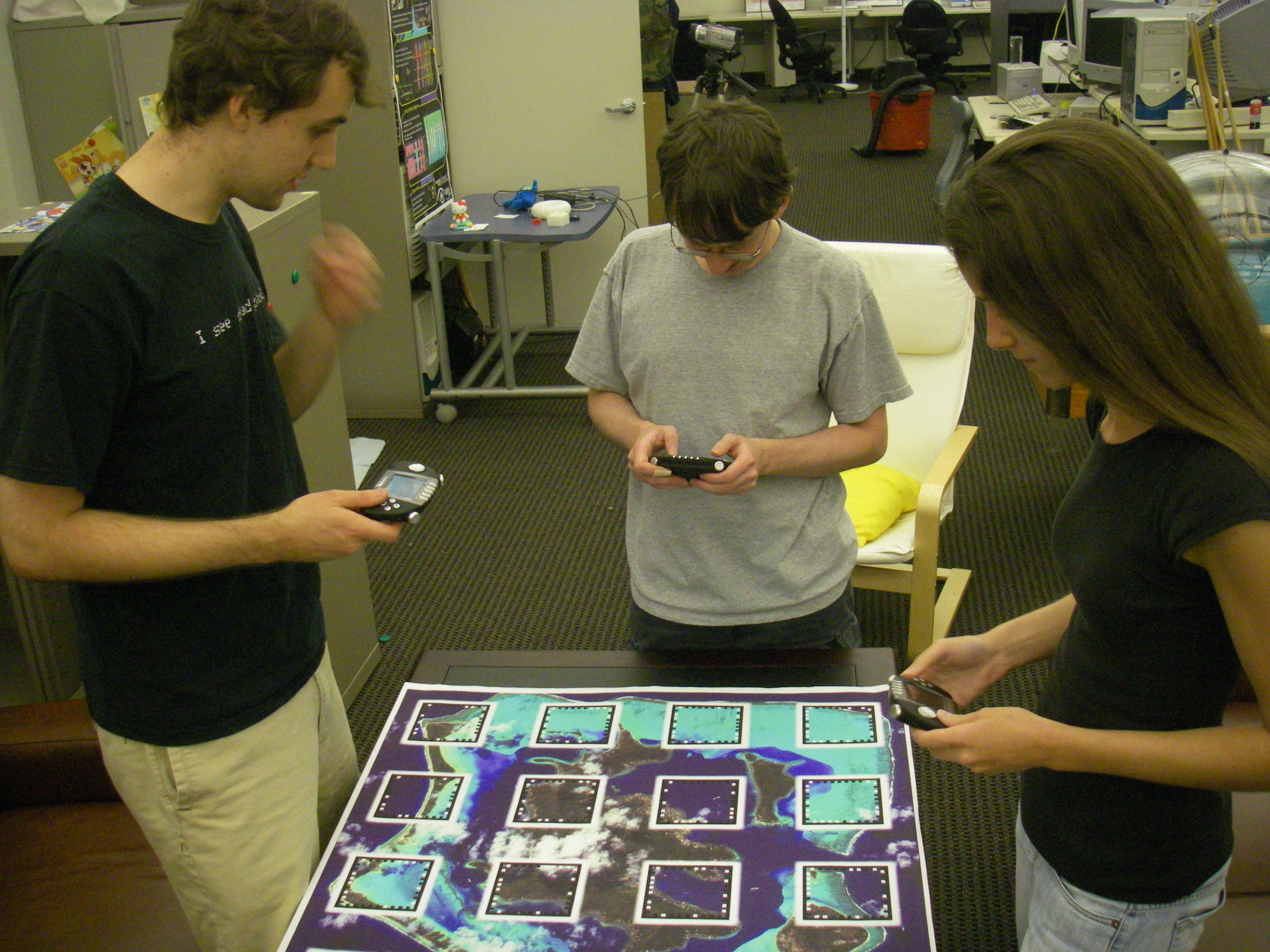 The project of BragFish is the starting point of AEL’s effort on exploring the space of hand-held AR games. Our design ideas was inspired by the affordance of augmented technology, which makes the shared physical and social space between families and friends become the game space. There are several interesting designs involved in the game, including: encouraging social interaction, leveraging players’ physical movements, and maintaining the awareness of game state.

BragFish is played on a physical game board with Gizmondos, which are handheld game devices with a camera mounted on the back. The board is covered with a regular grid of fiducials. The core game mechanic involves the players navigating their boats around a lake, casting their lines, reeling them back in, dumping fish onto the dock and ramming other players’ boats to steal their fish.

We conducted a user study with BragFish, and we found several emergent play experience. Players were not only interacting inside the game, but also interacting according to the physical and social presence of each other. Several aspects of game experience are found to be interesting, including the space management, emotional intensity and exposure of technology. These experiences are strongly related to the interactive technology and platform we choose. The findings of the study implies that new design spaces can be enabled by augmented reality technology.